Google’s Android N 7.0 name is officially Nougat and not Nutella

Finally, Google has disclosed the name of its next Android N version, which is not the widely speculated Nutella but ‘Nougat.’ Interestingly, the search giant chose Snapchat as one of the platforms to reveal the name for the first time.

The search giant had announced a competition at this year’s Google I/O developer conference in May, wherein you had to name the forthcoming Android version, dubbed as Android N.

All Android versions are named after popular desserts. The latest version Android Nougat is based after a popular dessert which originated in Europe.

The company had earlier in the day displayed the various statues demonstrating all the dessert-named versions of Android, before unveiling the new statue for Android Nougat in a short video story. 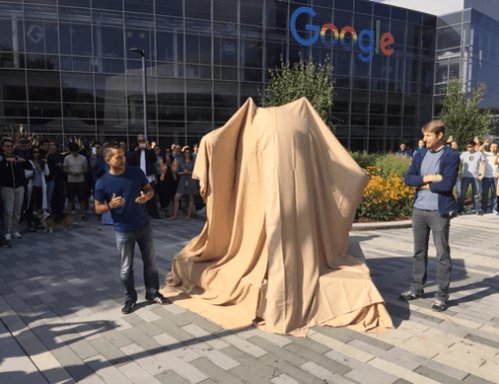 It also exhibited some of other the names that had considered, though it didn’t disclose if Nougat was one of the top choice in its pick-a-name user contest.

The Android N was first displayed by Google in March through a developer preview. In the upcoming version, the company has introduced support for multiple apps on the same window. Android N will also allow users to open two apps in split-screen mode on Nexus devices in addition to other smartphones and tablets that get the OS later on.

The OS will automatically gauge and change the screen display of various apps, but a user can himself reconstruct it too with new measurements. For instance, the users can keep tweeting while watching a video on YouTube.

Users can now have up to nine toggles in a single screen with ‘Quick Settings’ feature in Android N, and access more of the toggles by swiping to the right.

Doze, a feature that was introduced with Android Marshmallow, too gets some enhancements. With Android 7.0, Doze will work not only when your smartphone is not in use, but also when the screen is turned off. This is expected to enhance the battery life of devices.

Another significant feature of the new OS is that Android N will allow users to block phone numbers at the system level, which means directly from apps like Messenger, Hangouts, or Dialler. Other apps on the device will also block it without any action required from the user’s side, if a number has been blocked at system-level.